This page features the latest updates on Sofia's onshore construction progress and upcoming activity, as well as details of the main contractors that will ensure the successful delivery of  the project's onshore electrical infrastructure, from landfall to the National Grid substation. 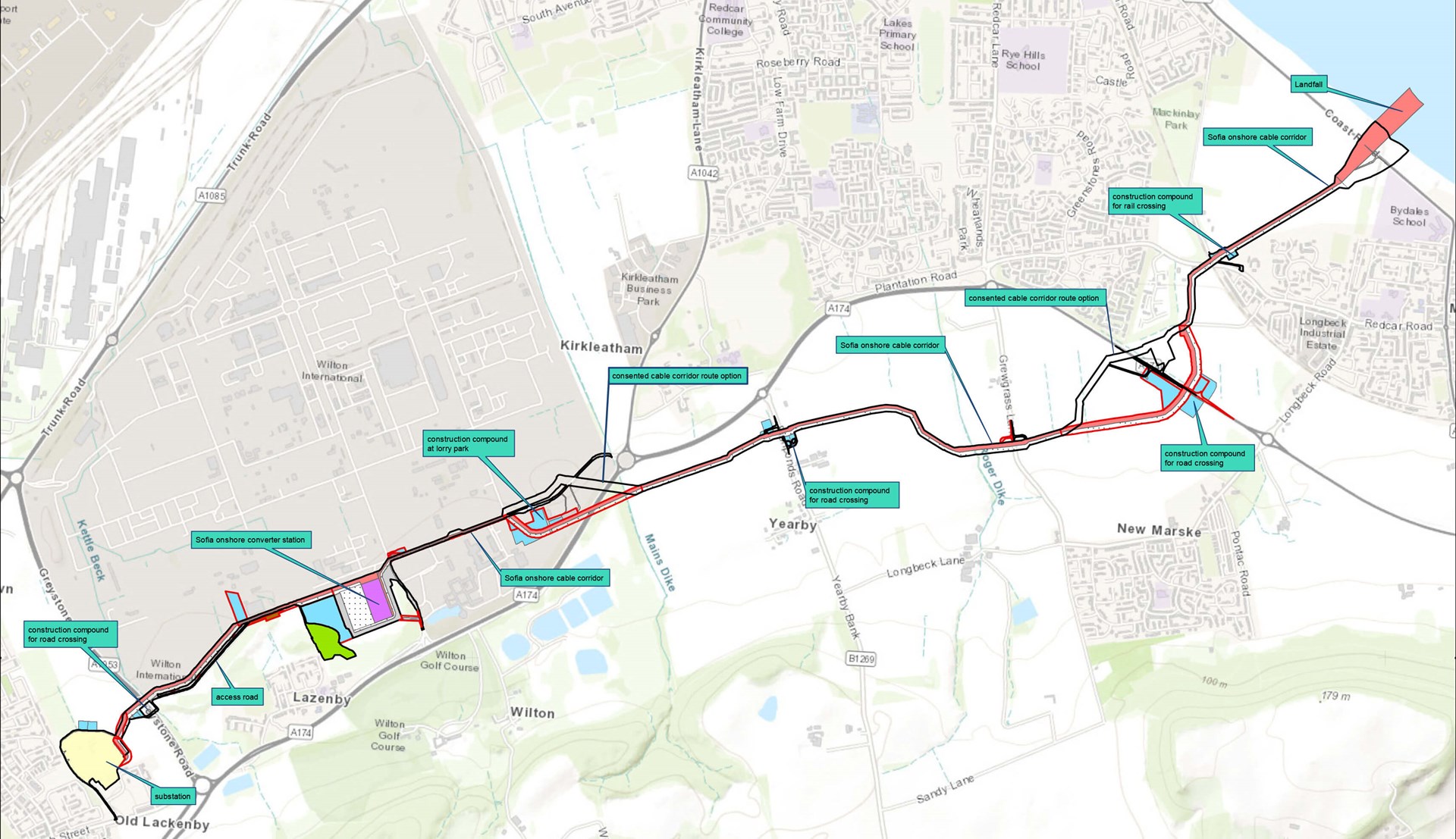 The power produced by Sofia will be transmitted by offshore cables that arrive on land at a site between Redcar and Marske-by-the-Sea. Each offshore cable will connect to an onshore buried cable that will run seven kilometres to a new converter station to be constructed on a site adjacent to the Wilton Complex. Further buried cables will transport the power two kilometres from the converter station to the existing substation at Lackenby, where it will feed into the national grid. Onshore construction works began at the site of the converter station in June 2021, and onshore project-related activity will continue until early 2025. 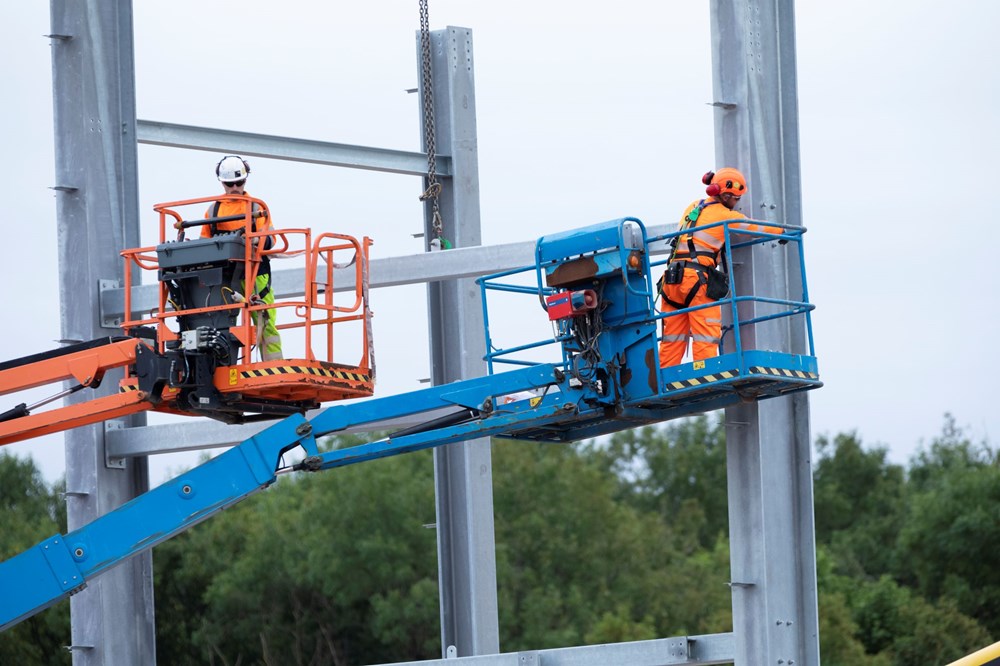 Kier Infrastructure, contracted to GE's Grid Solutions, has been onsite since spring 2022 readying it for the installation of the converter station's state-of-the-art electrical infrastructure. Work is making visible leaps forward with the framework for the valve hall and control building now standing tall. There are ongoing concrete pours for the foundations for the electrical equipment that is to come, plus drainage installation and cable ducting to connect all the electrical equipment to the control building.

Sofia is keen to minimise disruption to those living nearest the site and part of this has involved re-shaping the northern of two mounds that separate the converter stations’ site from Lazenby Village. As well as being reshaped, it has also been planted with trees, shrubs and wildflowers. The second phase of reshaping, on the southern mound, is now underway. The reshaped mounds will be an improved barrier to the construction activity and will visually screen the two new converter stations and the Wilton International site.

A second GE contractor, VolkerInfra  is also now onsite and has stripped the topsoil and begun duct installation for the two-kilometre 400kV AC cable route from the converter station to the National Grid substation at Lackenby.

The onshore civil engineering work for the export cable route is also now well underway. J. Murphy & Sons Ltd. has completed the topsoil strip, and most of the excavation for trenching and the duct installation in readiness for the project’s export cables to be pulled through.

Regular drone surveys of the converter station and both cable corridors will be carried out throughout the works to monitor progress.

At the landfall the teams are working on the one-kilometre horizontal directional drills from the construction compound opposite the beach near Marske-by-the-Sea, Teesside. Drilling work will break over winter but will re-start in early 2023.

Start of enabling works to prepare for the construction of the converter station.

Start of work on the mounds on-site - to increase the screening of the converter station site from the village of Lazenby.

Start of works along the cable corridor from landfall to Lackenby Substation. Trenching and duct laying underway.

Start of two years construction activity at the landfall between Redcar and Marske-by-the-Sea, including horizontal directional drill under the beach to lay ducts for the offshore cable.

Completion of work along the cable corridor from the converter station site to the substation.

Completion of construction works at the landfall site.

Completion of the installation of cables from shore to the converter station.

Sofia connected to the national grid. All work, including reinstatement, completed along the cable corridor between the converter station and substation, and at the substation itself.

Completion of the mounds screening the converter stations.

Completion of reinstatement of cable corridor from shore to the converter station site.

All relevant plans relating to the project's onshore construction, including Design, Landscape, Fencing and Drainage, will be submitted to Redcar & Cleveland Borough Council for approval prior to work starting. The button below takes you to a list of all the available documents and their reference numbers so you can find them in the Planning Register of the Council website.