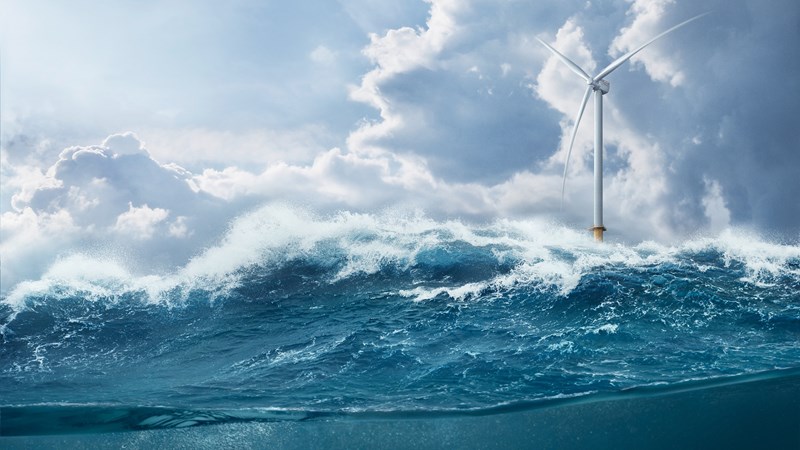 Sofia is set to use the new Siemens Gamesa 14 MW offshore wind turbine.

Global manufacturer, Siemens Gamesa Renewable Energy has signed a preferred supplier agreement with Sofia for its SG 14-222 DD offshore wind turbine, a 14 MW design that is 25 percent more powerful than its next largest model.

Sofia is set to be the first European project to install the highly anticipated model, that will be market-ready by 2024, right on time for installation on Dogger Bank. Construction of the wind farm is due to begin onshore at its Teesside converter station site in early 2021, with offshore construction expected to get underway in 2023.

UK Minister for Energy and Clean Growth Kwasi Kwarteng said: “The UK has invested more in offshore wind than any other country and is already home to the world’s largest offshore wind farms. Now the UK will be the first European nation to boast this cutting-edge turbine technology at Sofia Offshore Wind Farm.

“Offshore wind will play a vital role in a future net-zero UK economy, and already supplies 10% of UK electricity demand - a figure we expect to double by the middle of the decade.”

The Siemens Gamesa agreement includes the manufacture, installation and commissioning of a total of 100 turbines, each standing 252 metres tall, just 57 metres shorter than the UK’s tallest building, The Shard.

Sven Utermöhlen, Senior Vice President Renewables Operations Offshore at innogy SE said: “The selection of these state-of-the-art offshore wind turbines for Sofia, our largest offshore wind development project, reflects our ambition to strive for continuous innovation. Siemens Gamesa’s towering 14 MW machine is a perfect match for our flagship Sofia project, together cementing offshore wind‘s central role in the world’s clean energy future. This turbine embodies the impressive technology we need to build our ground-breaking project, that is further from shore and more technically challenging than any of its predecessors.”

Andreas Nauen, Siemens Gamesa Global CEO said: “We’re delighted that innogy has shown its confidence in our new machines and proven its commitment to creating a clean future with us now. In uncertain times, we are proud that innogy is choosing machinery with a pedigree of being solid and reliable. As an economic recovery around the globe safely and slowly begins, we’re confident that offshore wind power will strongly contribute to providing jobs and energy stability at attractive prices.”

The selection of these turbines is positive news for the UK as it will lead to significant opportunities for the UK supply chain, Siemens Gamesa already having more than 2000 UK employees and established relationships with many local suppliers.

Richard Sandford, innogy’s Director of Offshore Investment & Asset Management said: “The selection of Siemens Gamesa’s turbines was a long and rigorous process, and we are pleased to now be the first in Europe to commit to using this superb engineering and technology. It is also to be noted that the company is a staunch supporter of the UK’s offshore wind sector, having shown impressive commitment to the development of its own facilities and to the local supply chain. This is of utmost importance to us as we work to support the Sector Deal commitments, particularly in relation to UK content.”

The 100 turbines together could generate enough green electricity to supply almost 1.2 million average UK homes with their annual electricity needs. At around 5.4 terawatt hours per annum that’s almost half of all the electricity used in the UK’s North East each year.

This announcement follows the recent news that Siemens Gamesa would also supply the turbines for innogy SE’s 342 MW Kaskasi Offshore Wind Farm, located 35 kilometres north of the island of Heligoland in the German North Sea.

Final investment decision for the project is expected in the first quarter of 2021.

More details about the turbines can be found in this Siemens Gamesa factsheet. You can also view our short video about the announcement.