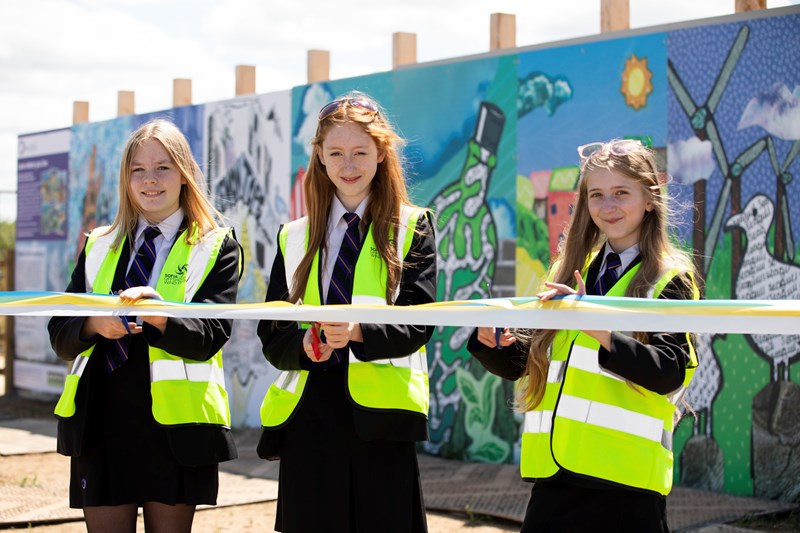 An outdoor ‘gallery’ featuring artworks produced by students from Outwood Academy Bydales, Marske-by-the-Sea has been officially opened this week at the Redcar landfall construction site of two offshore wind farms.

The offshore export cables of both Sofia Offshore Wind Farm and of Dogger Bank C, the third phase of the Dogger Bank Wind Farm, will come to shore between Redcar and Marske-by-the-Sea, just 200 metres from the Academy. The hoardings housing the artworks were installed by construction contractor J. Murphy & Sons Limited, who are carrying out civil engineering works on behalf of both projects.

The young artists responsible for the colourful designs, Year 7 and 8 students Talia Hall, Rosie Gibson and Autumn Duffy cut the ribbon to signify the opening of the ‘gallery’ which covers the hoardings of the landfall construction site.

They had worked along with their art teacher Kelly Smith to produce seven stunning images under the theme, “Love where you live”, which include local landmarks such as the Redcar Beacon and icons including Lemon Tops.

The artworks will be in situ for the duration of the onshore construction works and are visible to passers-by from the footpath and the coast road. 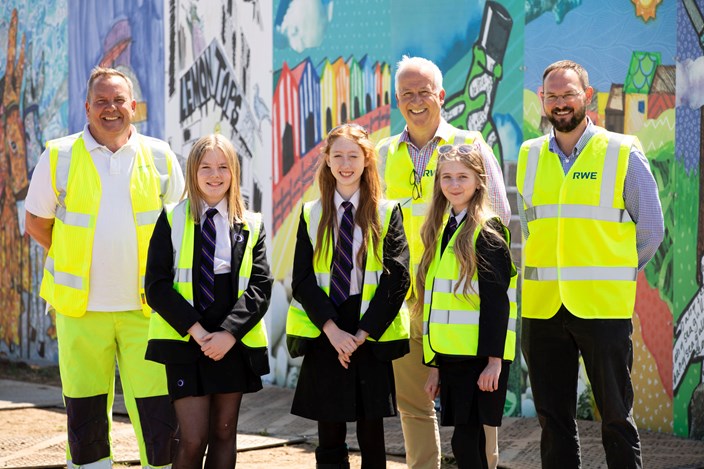