Announced this week, two major contractors - one offshore and one onshore - signed up to work on the project.

Cable production is set to begin in 2022 and be completed in 2023. To read all the details of the contract you can view the Hellenic press release here.

Onshore J. Murphy & Sons Ltd will design and deliver the export cable civil engineering works in relation to both Sofia and neighbouring Dogger Bank C. Although the projects are independent of each other, they are working closely together both at the site of their adjacent converter stations and along the shared onshore cable route.

Murphy will install the onshore cable ducts along the seven kilometre route which connect the landfall at the coast, between Redcar and Marske-by-the-Sea, to the site of the onshore converter stations adjacent to Wilton International, near Lazenby village.

Further details can be found in the full Murphy press release here.

Hellenic and Murphy join an impressive team of international contractors which will work together to bring the flagship project to fruition. 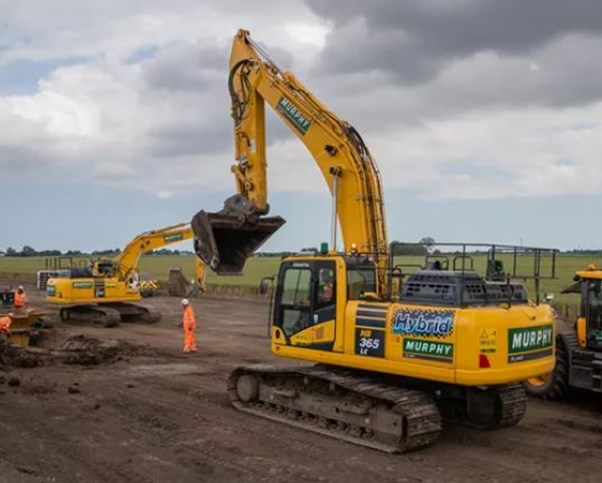