Archaeological Services Durham University (ASDU) provides archaeological and heritage services to the development industry, primarily in relation to planning permission. Its clients cover both the private and public sectors, and projects include major residential, commercial and infrastructure developments. Archaeological Services Durham University specialises in the archaeology of the North East, where the team successfully completes around 300 projects each year.

Scope of work: ASDU provided a consultancy service to Sofia, enabling the project (as well as neighbouring project Dogger Bank C) to complete all of the planning obligations with respect to onshore archaeology. The team conducted geophysical survey along the route and excavated a series of evaluation trenches to help identify the location, nature and extent of archaeological deposits in the construction footpath. Three sites were identified where there was evidence of Iron Age and Roman settlement. These were small rural villages, surrounded by enclosures for fields and animals, defined by ditches. Prior to construction beginning, the team excavated all three sites, which will help reveal valuable information about early settlement in the region, for the benefit of future generations. ASDU also identified and excavated a series of WWI trenches next to the coast road – these had originally been dug by local soldiers for practice and training prior to their being deployed on the continent.

Economic and employment:  Teams of up to ten people have been employed on the site to ensure the archaeological excavations were completed to a high standard and in advance of the construction programme starting. These teams were supported by several specialists based in the extensive laboratories at the University, working in areas such as reconstructing the past environment and identifying the artefacts recovered.

Training and development: As part of the University, Archaeological Services is committed to the highest standard of archaeological works, delivered through internally trained and motivated personnel. During the work program, an innovative scheme of paid internships was launched, whereby undergraduate students can take a year out of their studies to work with the team and become fully competent in all aspects of archaeological excavation. This approach is the best way forward for the archaology sector to develop as a whole.

"Its been fantastic for us to be able to facilitate this brilliant project, to make so many exciting discoveries, and find out about the ancestors of the people of Redcar’." 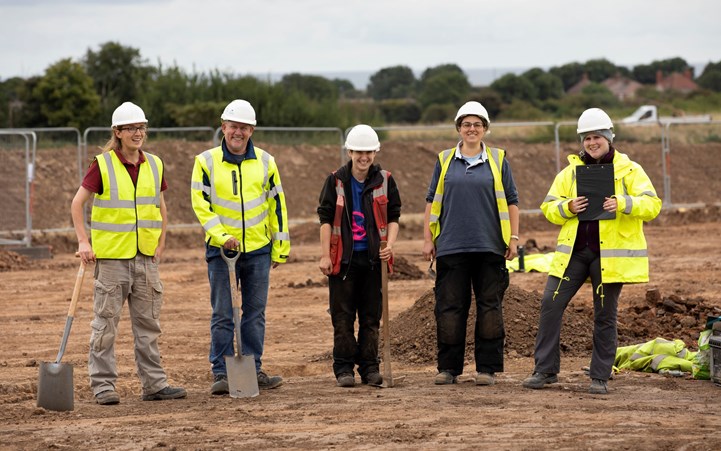