Sofia has once again supported the production of the annual Wilton Community Calendar, which is now in its impressive 33rd year.

The calendar features colourful artwork drawn by students from six local primary and special schools including those closest to Sofia's onshore works, Wilton and Dormanston, both part of the Tees Valley Education multi-academy trust.

This year's theme - "The future is bright" - gave students the chance to look forward with imagination and optimism, much needed after almost two years of pandemic. The January page featured Sofia's Onshore Package Manager, Richard Carpenter alongside a brilliant drawing by Lucy, aged 9 from Billingham Primary School who wrote: "The future is bright because we will go to space".

The overall winner receives a £100 voucher to spend at a local toy store and their drawing features on the front cover as well as on one of the calendar months. This year's winning entry was drawn by 6-year-old Pippa from Billingham South Community Primary School who wrote: “The future is bright because I can play on my swings with my friends”.

All the runners up, whose drawings feature on each month of the year, receive vouchers for £75. The winning school also receives £300 for participating and the five others £200.

Around 21,000 copies of the calendar will be delivered to local households around the Wilton International, Billingham, and North Tees industrial sites, including 14,000 around Wilton, where Sofia's works are now taking place.

As well as the drawings from local budding artists, the calendar includes useful safety information and details of the practical actions that would need to be taken in the unlikely event of a major emergency and that would require a response by people in the neighbouring communities. 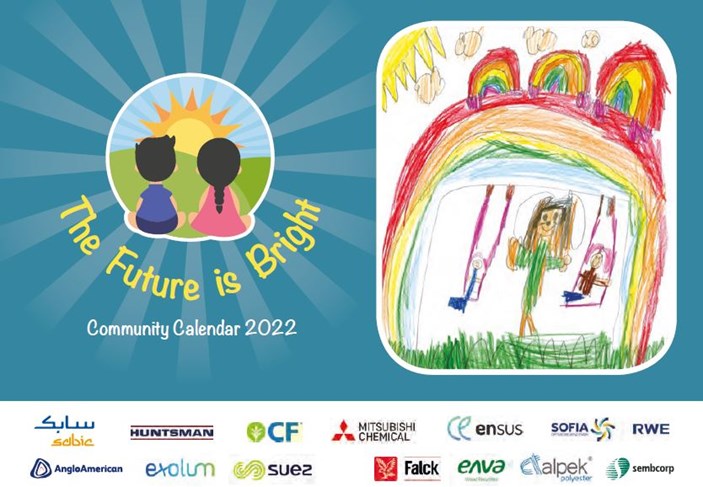