The two students were tasked with modelling and investigating the natural frequencies of the monopile foundation that supports the wind turbines and the effects of waves and vortex-induced vibrations (VIV) on the monopile structure.

They are both mature students about 10 years into their careers who enrolled in the MSc for their professional development. Offered the choice of institutions around the world they chose Newcastle University in the UK because the nation is at the forefront of global offshore renewable energy which both students recognise  as an industry of the future.

The students, Hoyun Yoo and Hyeong Min Lee from Korea, explained that offshore wind is rising in importance in their country, which has a geology and geography similar to the UK in that there is a long coastline, strong wind resource and manageable water depths.

They are therefore keen to be able to apply their learning from university and these projects to the real world at home where RWE, 100% owner of Sofia. has recently opened a Seoul office.

The challenges being investigated were based on the location and conditions of the Dogger Bank where Sofia's turbines will be installed. The aim has been to predict behaviour in the context of the geology, oceanography and meteorology at the site, ideally leading to a better understanding of the operational conditions which will be faced during the installation phase.

Patrick said: "It has been rewarding from our side to work with the two students who have enabled us to consider new perspectives on these issues, which need to be considered during construction of every offshore wind farm, while at the same time helping them to gain an insight into the complexities of working on such a milestone project as Sofia".

The Newcastle University academic supervisor was Dr Narakorn Srinil, who has conducted research in vortex-induced vibrations, flow-induced vibrations and fluid-structure interactions for the past 15 years and leads the FlexNARA Lab.

In terms of the student's work, Hoyun Yoo focussed on investigating the effects of waves and vortex-induced vibrations while Hyeong Min Lee modelled and investigated the natural frequencies of the fixed monopile foundation.

Hoyun Yoo said: "Students have a real benefit from opportunities to interact with companies while studying and it helps us to progress through our careers, particularly in the early years. The update deadlines and the fact we had an external audience eager to hear developments was a positive motivation, which encouraged us both to do our best work.  This project also made the dissertation process more realistic and less academic".

Once their simulations and reports are completed, the students will return to Korea where they are keen to contribute to the developing renewables and offshore wind energy sectors in the country.

This initiative was part of a learning partnership between Newcastle University and RWE's Sofia, which is a programme that works both for students and businesses alike. 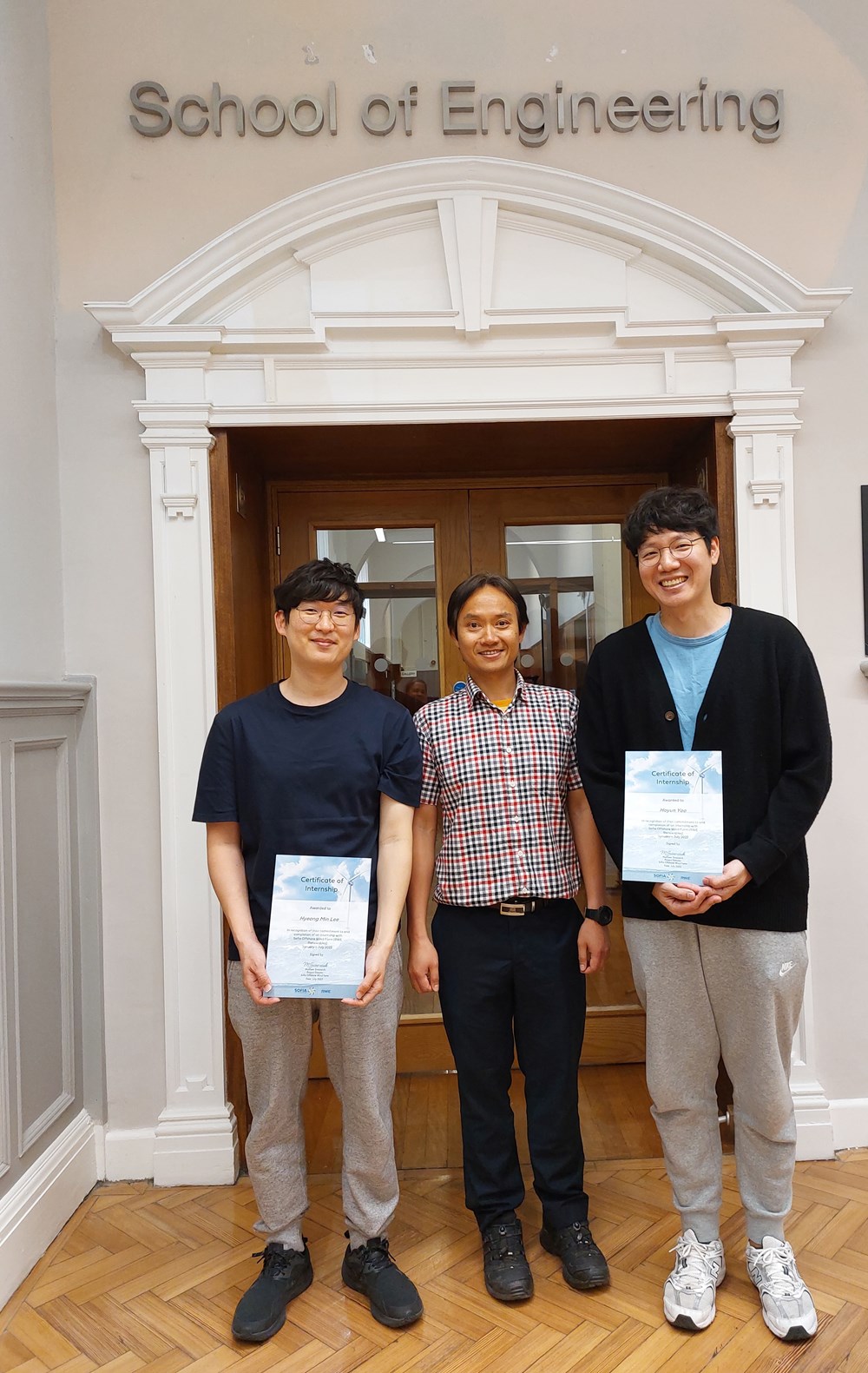