Using litter creatively to raise awareness of the need to care for the local environment and encourage a new generation of Marske Sea Guardians.

The organisation: Marske Litter Action is a group of local volunteers working together to keep Marske-by-the-Sea litter-free and to create positive change in the area. The organisation's aims include:

Marske Litter Action organises groups of volunteers to work on specific projects according to their interests.

The initiative: Sofia's grant funded a series of creative community workshops, culminating in a fantastical lantern parade in October (2022). Local artists worked with a number of groups - including schools, clubs and community organisations - to create lanterns  made from collected marine litter plus other sustainable materials such as willow and tissue. The community workshops, along with drop-in sessions, were held throughout September. The outcome was the evening parade, which brought together the local community and participants, carrying their imaginative sea-themed lanterns in Valley Gardens at twilight - lighting the way as they made a procession to the beach.

The lanterns were shaped as marine creatures - jellyfish, seahorses, lobsters and fish - as a way of raising awareness of the impact people have on their environment, in particular on the oceans and marine animals. The project was a huge success engaging people in conversations and activities that will change behaviour, encouraging them to look after local marine wildlife, take care of the environment and be responsible for their impact on it. Everyone who participated pledged to become a Marske Guardian of the Sea. 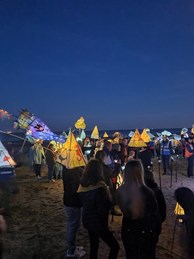 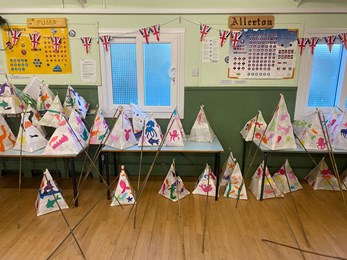 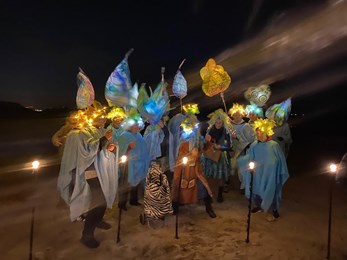 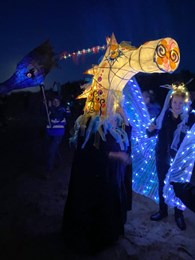 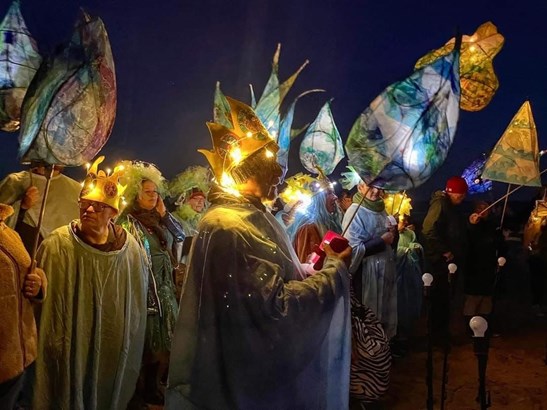