1400MW wind farm on Dogger Bank, North Sea. Now under construction. Further from shore, bigger turbines and technically more challenging than ever before.

Register for our Supplier Database

Sofia Offshore Wind Farm offers many supply chain opportunities across the project lifecycle. Relevant companies should register their interest in being a potential supplier to Sofia and its contractors.

Sofia will focus on skills and education as we aim to work with schools and universities to maximise awareness of offshore wind and the career opportunities it offers locally.

Now under construction, the project is located 195 km from the nearest point on the UK’s North East coast on a site of 593 square kilometres. It will have a single offshore converter platform, with the electricity generated transported from there, via a high voltage direct current export cable, to landfall 220 kilometres away in Redcar, Teesside. A new onshore converter station is being built, and power generated by the project will enter the national grid at the existing National Grid substation in Lackenby, Teesside, seven kilometres inland. The project will be operated out of an RWE hub in Grimsby. 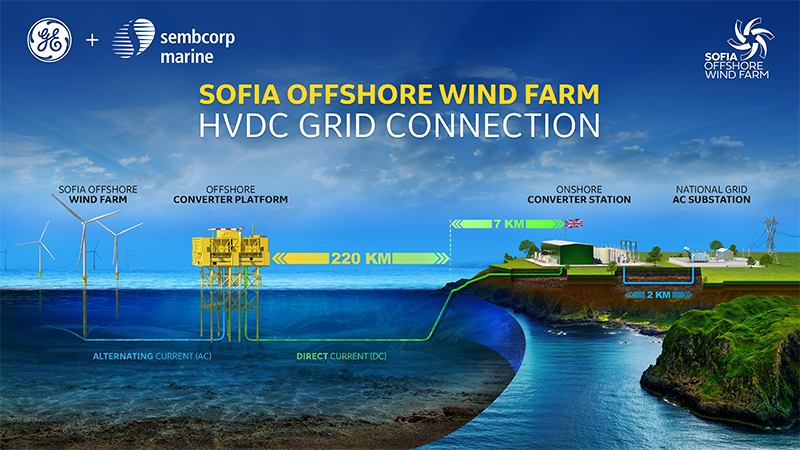 Latest news from Sofia out now

Port of Blyth chosen as Sofia's offshore construction base

Find out more about the Sofia Offshore Wind Farm. At 1.4GW it is one of the world’s largest single offshore wind farms, and at 195 kilometres from the North East coast, also one of the farthest from shore.

Building on existing engagement with the community, schools and Universities, plus North East businesses, construction will see continuation and expansion of our education and supply chain initiatives.

These notices provide essential, up-to-date data to mariners likely to be in the vicinity of offshore activity related to Sofia Offshore Wind Farm. They feature safety critical navigational information for all mariners including those from the fisheries sector, shipping and recreational sailing.